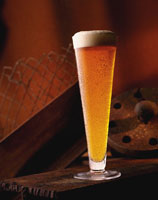 Home brewers savored the opportunity to show off a really special brew, something they’ve been experimenting with and tweaking for a while. Perhaps you were able to get them to share the key ingredient(s) they added to get such great tasting brews. Prizes were awarded for different BJCP categories.

Click here to see the winners of the Home Brew Fest judging.

There were a variety of home brews, new micro brews, and regional craft beers for everyone to sample. Great suds and food, live music, and a chance to find a new favorite made for a really good time.

The first 300 guests received a free commemorative beer glass. Admission was $15 for Club members; $20 for non-members. What a deal!

Note: Airmen Against Drunk Drivers provided rides for those who need them.

Click here to see our NOVEMBER – DECEMBER 2020 edition of the 21FSS Recreation and Leisure News, normally published in the Space Observer the last Thursday of every month.